Today was one of those days. It was raining, it was cold. It was blah. After work, Julie said she was going to a powerflow class at Pure. I wasn’t sure I wanted to go. Actually, I knew I didn’t. It felt like a crash-on-the-couch-and-watch-a-movie day. Then Julie said we could go to Booster Juice, which is good, and that it was Jen’s class, which is great. I decided to go and just do what I could.

This is where the yoga magic happened. As soon as I walked into the hot room, I felt better than I had all day. I think the girls at the studio should offer a time slot where people can just come in and hang out in the hot room.

This is what I love about Jen’s classes: she gets you into poses you’ve never done before. Ever hear of bird of paradise? It’s this awesome, twisty, arms linked, leg up thing, and I did it! It wasn’t perfect, but I was pretty impressed with myself, because it was the first time I ever tried to do it. We started off in crescent lunge, then somehow wrapped our arms around one leg, took two steps forward, lifted a leg, and voilà, awesomeness! This is what it looks like when you’ve been doing it forever. I don’t think I looked like this, but I was smiling! 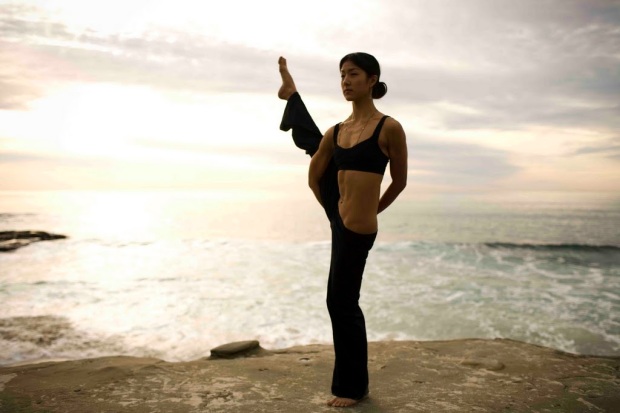 I think feeling pretty pleased with myself gave me energy. When we went down on our backs to do some back bends, Jen suggested we first do bridge or supported bridge, then try wheel, if we wanted to. I’m a big fan of supported bridge, but I decided to go with bridge. I haven’t done wheel since I was a kid. I always stick with bridge.

For several reasons (a, I felt like a superhero after bird of paradise, b, Jen is awesome and c, there was really good music) I decided I wanted to try wheel. I told Jen I couldn’t do wheel, thinking there might be a variation I could try. She said I could do it. I said no. She said yes. I said I wasn’t strong enough. She said I was, but maybe I was scared.

This made me think. Maybe I was scared. I didn’t want to be scared. Jen said “What’s the worst that could happen?” Insert yoga magic here. I decided to go for it. My first try was not quite right. I tried again. Jen helped me lift my hips, then asked if she could let go. I felt pretty strong, so I said yes. There I was, hanging out in wheel. 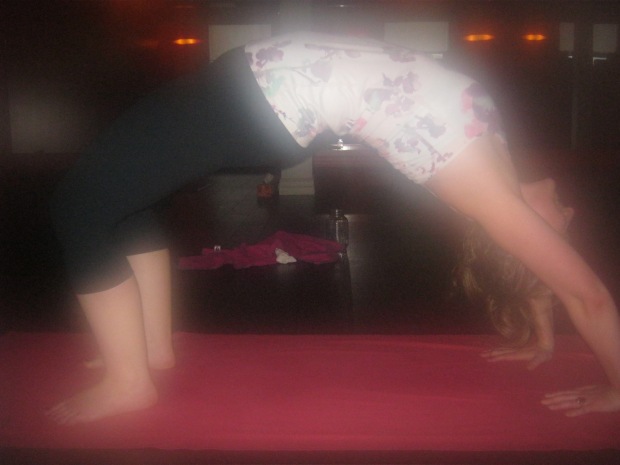 I can’t stop smiling. Even now, hours later. And to think, I didn’t even want to go to yoga today. I would have missed out on the yoga magic!