Today was one of those days. Happy just because. Little bits of bliss here and there.

I’ve been sick and whiny lately, so it was a nice change to have some moments that made me smile.

There was my new dress, which is so fabulous, it deserves it’s own post. (Soon!) 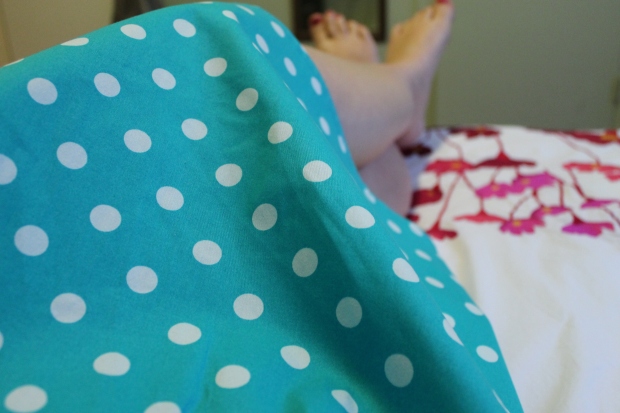 All the classes at school put on plays around this time. My class’ play was a couple of weeks ago (a musical circus, adorable!). Tonight, I helped out with another group. We don’t have a stage at school, so we go to the church across the street. They have a huge basement with a great stage. While I was setting up chairs, I noticed a bookshelf. Obviously, I had to check it out. They were for sale. For 25 cents! Seriously! A quarter for a book! There was a piggy bank to put your coins in.

And then coming home after a long, long day to find these beautiful lilacs my cousin Annie left for me and a card her daughter made me. Such a thoughtful gesture and it made me crazy happy! When someone goes out of their way to do something nice, just because, it’s a wonderful feeling.

I had one of these moments today. They don’t happen every day, so I sat back for a few minutes and enjoyed watching the kids work. 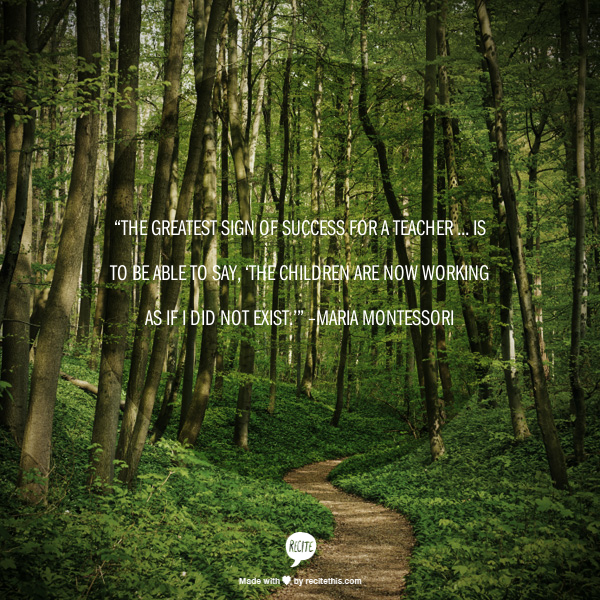 Also, I went to the library after school and ran into one of my first graders. Her reaction is a perfect example of how kids act when they see their teacher out of school.

You’re at the library?

For our class?! Wow.

I hope your day had some bliss in it!

I have a nasty cold. So bad, that I just spent all weekend complaining. It was a really nice day out on Saturday, but I spent most of it on the couch. At one point, I opened the door, stepped out onto the porch to confirm that, yes, in fact, it was a beautiful day. Then I went back to bed. Yesterday was a little better and I spent the afternoon with family, sitting on my grandma’s porch.

Today, I decided I was sick of being sick. It was another amazing day and I could not spend one more minute inside. Well, after work, anyways. I stopped at the park on my way home, because the word for my photo a day challenge was grass. Since I live in an appartment, I don’t have any grass. I sat around, took some pictures and enjoyed the sun. This is my picture of the day.

Then I decided that what I really wanted wasn’t just to sit outside, but to run. I went home and started getting ready. That’s when the inner dialogue started.

Sick of being sick me: – Whatever, I need to move!

– I know, but you keep having coughing fits.

– I can stop running to cough, it’s all good.

Obviously, 5 minutes in, I started to run. I felt amazing, free, like I was a gazelle….and my lungs were on fire. Actually, I started coughing so I slowed down, and that’s when my lungs felt like they were about to explode. So much for running while being sick. I did run for longer than I thought I would though (a total of about 5 minutes).

Since I couldn’t run, I decided to go back to the park. There were beautiful lilac bushes. Some kids gave me some lilacs today. It was very sweet, even if the flowers were a little (a lot) wilted from being held in grubby little hands for who knows how long during recess. I decided I wanted to pick some. Trouble is, the ones I could reach were on the street side and I didn’t want anyone to see me. I don’t think picking flowers is allowed in parks, but there’s no sign or anything. Anyways I went to the other side and jumped around and grabbed at the branches untill I had a few flowers. I sent all kinds of tree bits and leaves and maybe a bug down the front of my shirt, but it was worth it. I also picked some blue flowers.

I like to take before and after pictures. This is before and after my run/walk/flower picking expedition. I still have dark circles under my eyes, but I think I look happier after playing outside.

So this is what I learned today: when you’re sick, walk, don’t run. Or even better, pick flowers!