On Saturday, my friends Julie and Pete got married. It was perfect! I had a great time and I think everyone else did too! It was the first time I was so involved with all the “behind the scenes” stuff, and let me tell you, planning a wedding is not for sissies!

First, as promised, the pictures of my incredible fascinator! I even had people tell me “It’s so Kate Middleton!” Yes! Exactly what I was going for. 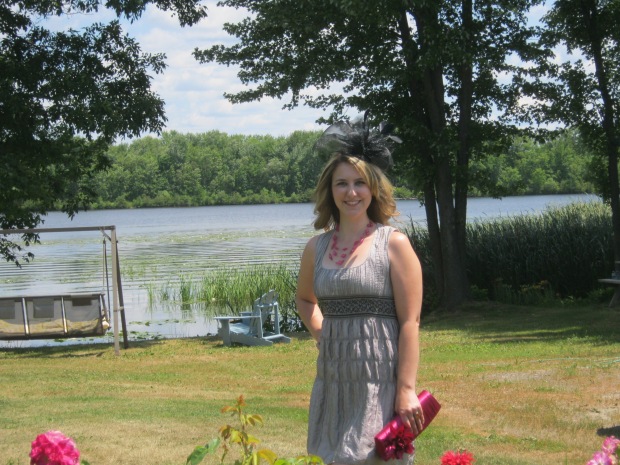 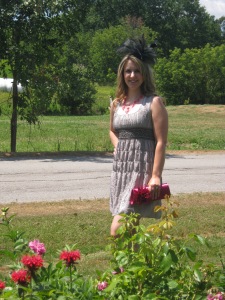 Before the ceremony, I did a lot of running around.

– Get flowers from point A to point B.

– Zip the bride into her dress.

– Give the flower girl her basket of flowers.

– Pin the boutonnières on the men.

– Unlock reception hall for the caterer.

Then, it was time for the ceremony. It was beautiful and I cried when they said their vows. I always cry at weddings, but this one touched me more than most.

This is my favourite picture of the day. 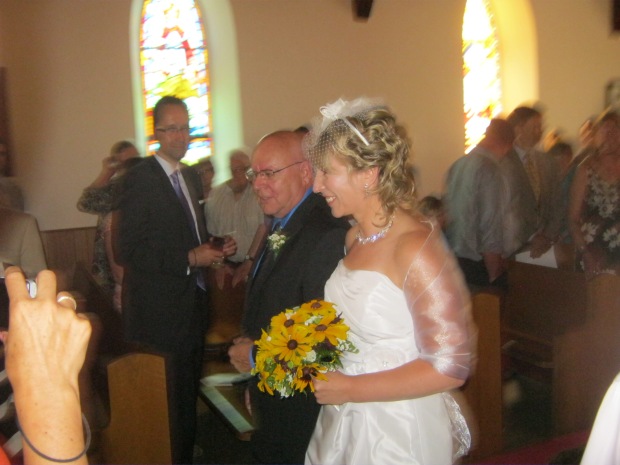 After the ceremony, there was a garden party. I think this was the part I was looking forward to the most. I stopped at the store to get a pen for the guest book, because nobody thought to get one, and the only one we found had “funeral home directors” written on it. They didn’t have what I was looking for, but the girls at the store found one in their desk that was a million times better than the funeral pen.

As I got back in my car to head to the garden party, there was a small problem. My car wouldn’t start. This is a long story that deserves it’s own blog post, so more to come on this tomorrow.

At the reception hall, I took a picture of the wedding cake I made. Now, I admit is was a little crooked. I tried so hard to make it level, I even used a level, but it was still a little off. However, it was nowhere near as topsy-turvy as it looks in this picture! It must be the angle or something.

The evening was filled with laughter, good food, excellent cake (if I do say so myself) dancing, lovely speeches and many happy moments! 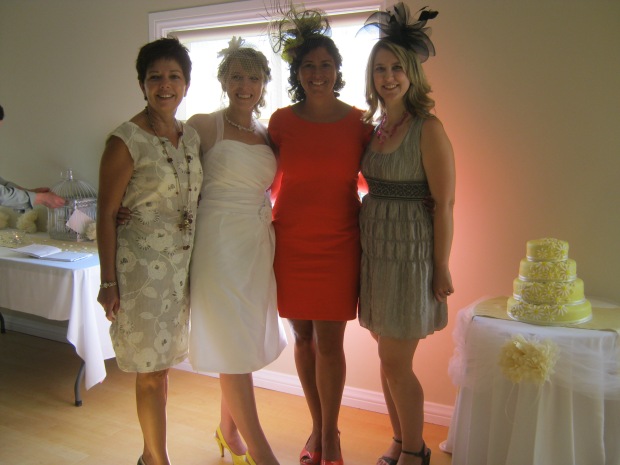 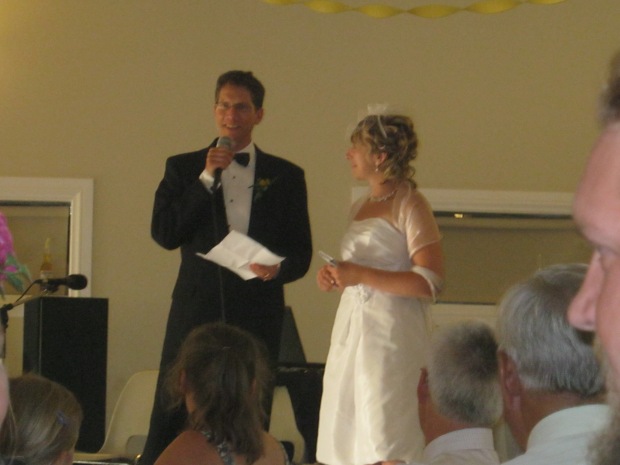 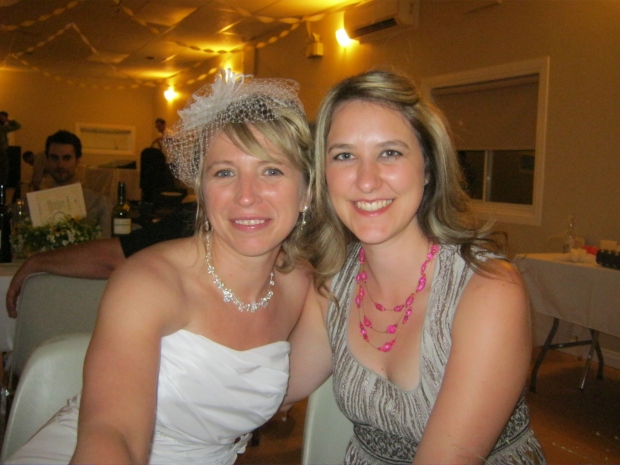 3 thoughts on “Sunshine and Wedding Bells”